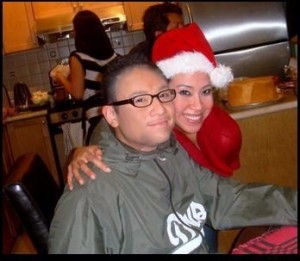 After five years of fighting for Eric’s disabilty, I am pleased to announce that the judge has ruled in Eric’s favor. I cried. My mom and brother were hugging me, each other, whoever they could. Doctors and nurses have high-fived. I’ve been on the phone all day trying to figure out exactly what this means and what will be covered. The good news is the issue of medical transport will no longer be an issue. They are working now to transport Eric. Mom has gone home to pack. All is good on that front.

The bad…it still takes a week to process the paperwork.

I have been speaking with Marion, Eric’s case worker, along with staff over at UCLA, to get all ducks in a row, as well as staff over at UCLA. I have also been speaking with Ilona over in Financial at UCLA, and here is where it gets somewhat deflating. I asked her what to expect as far as coverage. She said as soon as we get Eric’s paperwork we can determine upfront costs — which could be six figures. I still need to purchase supplemental insurance that backs up Medicare. There are costs for this — I’m thinking “what does Medicare pay for then???” I told her that an army of truly amazing people have been pulling for Eric and have been working diligently to raise funds and when I told her what we have raised so far, she very simply said — “keep fundraising. You never know what a transplant will end up costing you.”

So unfortunately, this has been a HUGE personal victory, but I realize we still have far to go. It’s a bit frustrating but I am trying to focus on the positives. Now the transplant team knows about Eric, we won’t have to drop him off at the ER. They will be waiting there to receive him!!! We will have proper medical transport without being scared of breaking “dumping” laws — having to walk him in ourselves after the ambulance takes us as close to the hospital as possible.

As soon as we get Eric evaluated we will know whether or not he makes “the list,” but the good news is now WE CAN GET HIM EVALUATED!!! So, it is great news all around.

I’m still unsure what its going to actually cost us, but as things come up we will be completely transparent with what those costs are and what purpose they serve. We will continue to fund raise and all money leftover will remain with the foundation to help the next person in this situation.

But in all honesty, what I am really hoping for is change. Make some noise. Express your outrage with the system. Keep writing letters, signing petitions and raising awareness. Thank goodness Eric had me here to keep pushing. We could have justgiven up a longtime ago, but we kept going and fighting and that’s what I intend to continue to do.

Its been an overwhelming past few days, and the fight is not anywhere near over…really just beginning. I have to go home and pack a bag now, but I want you all to know how much your love and support has meant to me, Eric and my Mom. Seeing the time spent, the tweets sent, the money raised, the banners and websites created…all of it leaves me speechless.

I am so thankful that the Twitter community(#Eric’s army) has been behind us this far. I only hope u continue to march with us the whole way through. Thanks again for all your help and I will have another update soon.

11 thoughts on “Another Victory for Eric De La Cruz”

She cannot shut up about...

Buy My Shit for Christmas or Whatever!!!

Yall Are Diggin’ This…